Fifteen years into his career, Rick Ross has etched out a space in rap where he sounds comfortable without being complacent. The rhythms of the average Rozay song are pleasantly predictable: allusions to a drug-dealing past at odds with his history as a corrections officer, the occasional rags-to-riches stories, and descriptions of designer loungewear and weed strains that would make Wiz Khalifa blush, all set to beats that are either as deluxe and elegant as tailored suits or as sweaty and bouncy as the clubs in his Miami hometown. His gruff voice lends theatricality to his music, rendering even his most emotionally detached songs as opera-ready tales. He’s certainly the only rapper who can count Jazmine Sullivan and former Cocaine Cowboy Willie Falcon as album guests, as he does on his eleventh project, Richer Than I Ever Been.

Ross is as capable and self-aware as ever, serving familiar scenarios with a zeal largely missing from 2019’s Port of Miami 2. Richer features little of the chest-thumping bravado of Teflon Don or the rap insider score-settling of Rather You Than Me. There’s no event song or hidden adversary to put a finer point on Ross’ progress since his last album or his latest book; all we get is the progress, theme music to hustle and motivate. In this way, the album is standard Ross fare—the kind he’s released since 2014’s Hood Billionaire—with a milder bite. He’s still bringing you into his world, but the view is more refined, mahogany paneling and cigars in easy chairs instead of bottle service.

While Ross’ voice is a powerful instrument, his delivery is often more malleable than he gets credit for. The pomp of his music can mask the overt left turns in his narratives: Take the second verse of “The Pulitzer,” which starts with a funny throwaway line (“They say that the floor is facetious/Fat boy just keep fillin’ the bleachers”), then dives into stories about friends serving prison sentences and his own habit of self-medicating with Percocet before ending in the same money pit the song started in (“Gettin’ money, it’s still Boobie gang/No colors, no flags, just let the toolie bang”). Ross can go from smirking about owning 100 cars on “Rapper Estates” to the hushed delivery of “Marathon,” where he raps, “First I had to teach myself, then I started teaching wealth/No longer am I seeking shelter,” like a therapy patient after a critical breakthrough. He rarely sounds like he’s reading a list of accomplishments from a teleprompter, even when that’s exactly what he’s doing.

The sense of familiarity throughout Richer ensures that no song is bad, but there are also fewer standouts. It’s not autopilot, but we’ve seen these locales before. Thankfully, the production and guests keep things lively enough. Producer Bink! offers up a minimalist mid-tempo shaker on “Warm Words in a Cold World,” which teases out Future’s most elastic guest verse since Young Thug’s “Sup Mate.” Timbaland’s wailing shuffle on “The Pulitzer”—and Lyle Leduff and Don Cannon’s skipping drums on “Wiggle”—put some strategic pep in the album’s step. The rest of the project’s energy comes from Ross’ newfound eye for rising talent, with verses from DreamDoll (“Wiggle”), Yungeen Ace (“Can’t Be Broke”), and Blxst (“Made It Out Alive”) accenting the legacy-building in his lyrics.

A big part of Ross’ appeal lies in how he makes his luxe lifestyle feel attainable. He’s already proven it doesn’t matter if he’s lived out the stories he tells or not; he’s perfected the art of selling Rick Ross in the way that only the world’s most renowned Wingstop franchisee could. Richer Than I Ever Been is far from Ross’ most vital album, but few rappers can make what amounts to a status update feel like you’re right next to him, living out the story brick by brick. 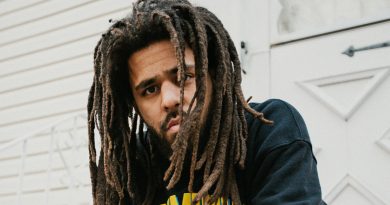 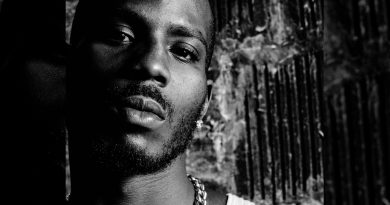