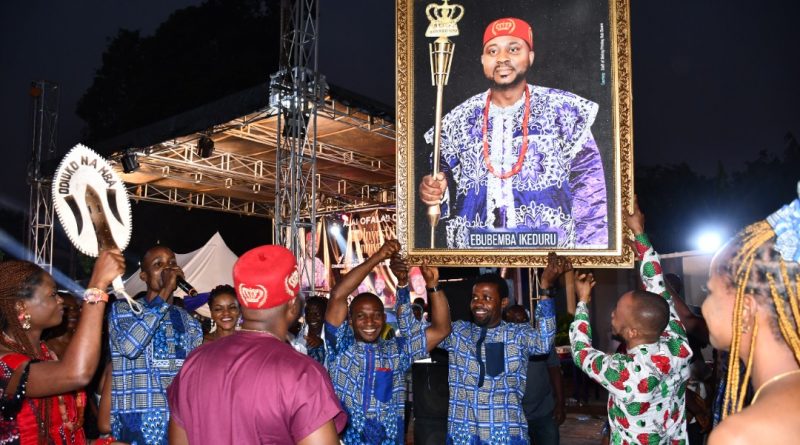 Clan Chief Prof. Chimezie Kingsley KSC (Ebubemba Ikeduru) is the Chairman/CEO of a global conglomerate, Deking Group of Companies, housing nine (9) distinct Companies, with strong grounds and expertise in Manufacturing, Construction, Real Estate Solutions, and Communication, with presence in virtually all parts of the globe.

His rare meekness and philanthropy resonates timeless ethos of eminence and value. His modesty reverberates an enduring and soothing succour. He is a courageous fellow, commissioned by divinity to provide humanity with life transforming opportunities.

He has improved and broadened the cultural bent of his people, recording amazing and commendable height of achievement with the latest being the establishment and institutionalization of OFALA FESTIVAL in Imo State and Uzoagba in particular tagged OFALA EBUBEMBA IKEDURU.

Clan Chief (Prof.) Chimezie Kingsley (KSC) (Ebubemba Ikeduru) is an illustrious scion of the Anosike dynasty in Umueziogwu Uzoagba, Ikeduru LGA of Imo State.
Though, he was not born with a silver spoon yet the grace of God lifted him to very pinnacles of glory, fame and eminence.
He is a Nigeria-Australian, business mogul whose wealth has lifted many from the precipice. He is a professional Forensic Psychologist and a captain of industries; a political godfather of sort who knows his onions. He is an altruistic and consummate business mogul, Publisher and Technocrat.

Ebubemba Ikeduru is not just known for his wealth but more for his generosity, which embraces everyone who come into peaceful contact with him.
Through his Empowerment Foundation Scheme and DeKing Charity Foundation, Ebubemba Ikeduru has offered strength and longevity to the aged, the less-privlaged and the vulnerable, hope and purposeful direction to the youth and to the widows succour and life-changing opportunities that have given better and positive meanings to their life.
And, all these and more may have earned him the various prestigous traditional titles across Igbo land.

Ebubemba Ikeduru, is a title bestowed on him by the entire traditional rulers of Ikeduru in Imo State, as a CLAN Chief.

His unquenchable quest for philanthropism has earned a super place in people’s mind. His unending list human relieving gestures to his people includes annual grading and maintenance of roads leading in and out of Uzoagba, in addition to those within, facilitating and aiding foreign travels for many Igbo persons for studies, medi-care and better living.
To the Church; his generosity is gloriously epic, both at the Diocesan level and at his local parish, St. Andrews Parish, Uzoagba, where Ebubemba Ikeduru where single-handedly built an Archdeaconry House for his Uzuagba/Amata Archdeaconry.

To Umueziogwu women; Ebubemba Ikeduru is a rare gift, as he annually distributes wrappers and food items to families in the community. Through his DEKING Charity Foundation, Ebubemba Ikeduru has been empowering youths with brand new motorcycles and Sewing machines among other.
Indeed, his philanthropic gestures offer the weak, strength, the old longevity, the orphans hope, the less-privileged and widows life-changing opportunities.

He is the Publisher of News Echo (Newspaper) and News Insider Magazine. He is also Chairman and Chief Executive Officer of Deking Group of Companies, Nigeria Limited with expertise in Manufacturing, Construction, Real Estate Solutions, and Communication, he is as well, the Founder DeKing Group Pty Ltd, Australia. His conglomerate has 700 direct staff and more than 1000 indirect staff on his pay roll monthly.

Clan Chief, Prof. Chimezie Anosike Kingsley (KSC) Ebubemba Ikeduru, has many degrees and laurels from various universities and institutions both in Nigeria and Australia.

EBUBE.MBA IKEDURU’S LOLO: Chief Lady Maureen Nneka Kingsley.
(Besides Ebubemba Ikeduru is a passionate amazon with the heart of gold)

As Ebubemba Ikeduru will always say “behind every successful man, there is a good woman not jus a woman.” His Lolo, is one of the best wives, anyone can find. In her, Ebubemba Ikeduru enjoys love, peace and above all, a conducive Psychological state to think out wealthy.

Ebubemba Ikeduru is married to Chief Lady Maureen Nneka Kingsley (Lolo Ebubemba), Co-founder of “DeKing Charity Foundation”, a not-for-profit Organisation to affect lives by providing strong livelihood support to the less-privileged, the widows and the vulnerable.

Her titles include Odiuko Na Mba of Umu Uri Amaimo, Odi Be Eze, Oso Di Eme among others.

Yes! This is a couple, with an uncommon resolve, courage and capacity to help and support humanity.

She is Ebubemba Ikeduru’s Silent Power-house with a special interest in
leading the pathway towards achieving youth upliftment, gender empowerment and women education in our parlance.

She is a professional and registered Nurse, core Psychologist and accomplished business magnet with passion for excellence and quality service.

Chief ‘Odi uko na mba’ is brilliantly versatile and sincerely upholding humanity’s deep values of high moral and family standards. She has assisted the husband in defining an ambitious agenda that has placed their investments in different parts of the world on auto cruise.

She’s truly an icon of peace, always apt to support a genuine a course for human capacity development and her determination to build a formidable and enduring livelihood legacy distinguishes from the pack.
She has been a champion, breaking barriers and building bridges.

With DEKING Charity Foundation, the couple has affected lives through the provision of empowerment, electricity transformers, scholarships for various level of students.

Indeed, divinity and diligence must have played a dominant role in shaping her life to greatness. Chief Mrs. Maureen Kingsley, ‘Odi-ukonamba’ is a virtuous woman with impeccable family values, the wife of a great achiever and patriot and the mother of a lovely Christian home. A rare symbol of humility and embodiment of peace and honesty laced with a polished lifestyle.

Frankly, the world, needs more great minds like ‘Ebubemba’ and his indomitable spouse ‘Odi-ukonamba’ to meet the needs of a people with battered socio-economic lives like it is in our device.

Ofala Ebubemba 2021, was the second edition of the classic festivity that has prided as a super trado-cultural convocation.
An event that held on Thursday December 30, 2021, at the pacific, ancient town of Umueziogwu Uzoagbin Ikeduru Local Government Area of Imo State.
The festival had the host, an oracle, a boundary-less philanthropist, and a colossus of no mean feat; Clan Chief (Prof) Chimezie Kingsley KSC (Ebubemba Ikeduru and his kind-hearted wife; Chief Lady Maureen Kingsley (Odi-uko na Mba Amaimo), held the momentous crowd of guests to a high-stake festivity, in celebration of the second annual Ofala Ebubube Ikeduru ceremony and in commemoration of the second year anniversary of their conferment, investiture and coronation as Ebubemba Ikeduru.

The prestigious event held at the magnificent and tastefully built ‘OBI EBUBEMBA’ at his ancient hometown of Umueziogwu Uzoagba.

The exquisite Obi Ebubemba, constructed with one of the finest architectural designs and superbly furnished with ultra-modern and kingly designed upholstery furniture, was also decorated with great cultural and artistic historical portraits and paintings to define the occasion.

The structure and its content can only be compared to the Imperial Palace, Tokyo and the Buckingham Palace, London.

Dressed gorgeously with his Lolo, in expensively-made trado-cultural regalia, decorated with gold fittings and silver linings; Ebubemba, blessed the four (4) Igbo market days, for his people, in the like and form of a benevolent angel, he decreed thus;

And a thunderous “Iseeeeee!!!” followed, the Igbo prayer of blessing.
With the above decrees, Ebubemba Ikeduru declared the 2021 Ofala, open!

The soul of the festival was the great traditional ritual performed by the powerful ‘Ambassador of Igbo Culture in the South East of Nigeria’, Chief Anenechukwu Uba, (Eze-Uzu Na Ichida), who officially planted Ofala festival in the soil of Uzoagba Ikeduru. He as well empowered Ebubemba Ikeduru, spiritually, traditionally and culturally as the Ofala Custodian and Chief host in Uzoagba Ikeduru LGA and by extension Imo State, even in the coming years.

Eze Uzu’s, unique attire, aura, uncommon traditional gesticulation and dispositions explained the traditional and cultural significance and dignity of the event and its celebrant. And, he handed-in “Permanent Ofala-Host-Authority” in Imo State to Ebubemba Ikeduru.

And, the festival which began on a high pitch key cruised with merriment till the end.

Guests of high and low, thick and thin who graced the event were freely treated to various delicacies ranging from intercontinental dishes to local foods, and various brands of drinks; ranging local palm wine to Whiskies, Ice, Red and White wines.

Renowned cultural dance groups, masquerades of all sizes, shapes, height and built, from various parts of Igboland and beyond, surged into the compound to grace the occasion. Celebrated music artists, such as Igwe Credo, Anyi Dons nwa Mbano, Nfenfe Pericomo, Ikegod and, prolific stand-up comedians that included MC Elegam Face, Nonsokwa among others were vibrantly active.

Also in attendance was His Royal Highness Eze Oliver Njoku of Abazu, among many others from Orlu and Okigwe zones of Imo State including their Anambra State counterparts.

The festival also recognised Ebubemba’s very good friends and compatriots from far and near especially Solemento and many others who honoured the invitation from Australia, Chiefs Ahunanya and Akuchinyere were also spotted in frenzy mood.

In his regular philanthropic manner, Ebubemba Ikeduru doled out empowerment for various categories of deserving recipients to mark his second Ofala Celebration.

Enthusiastically the third (2022) edition of ‘Ofala Ebubemba’ is here again, at the usual ancient town of Umeeziogwu, Uzoagba community of Ikeduru Local Government Area (Home of Ofala in Imo State), with its attendant pump and pageantries, but this edition is laced and iced with richer trado-cultural additives to make the festival more eventful and celebratory.

Like always, Umueziogwu-Uzoagba, will play host to this yearly festivity with global attendance.
And the 2022, Ofala will cruise with more traditional and cultural embellishment, unfolding; Ugezu J. Ugezu, a renowned actor, producer, director, scriptwriter, filmmaker, musician, songwriter, singer and custodian of Igbo tradition and culture as the 2022, Ebubemba Ofala guest Speaker on “Igbo Culture and Tradition: Mmepe na odimma obodo” 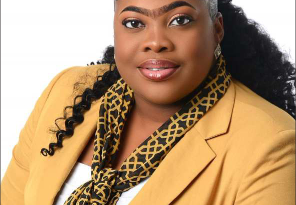 Women needed in governance for stability