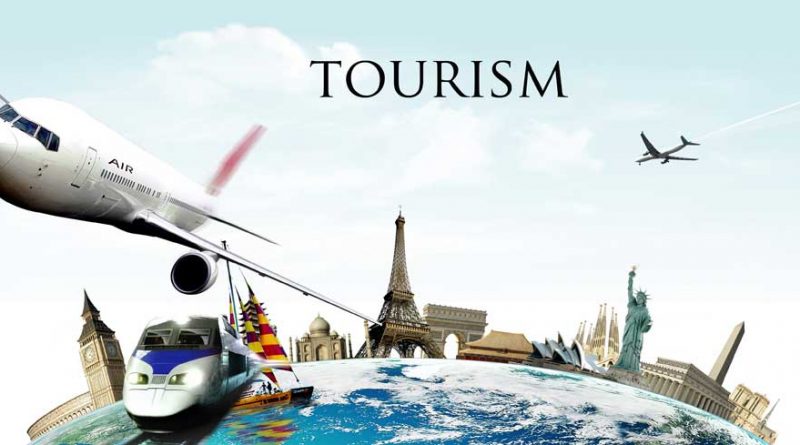 Tourist attractions have the ability to attract worldwide attention which transcends from not only setting up a physical edifice but also embodies structures or places of natural and physical value. They depict historical significance and outstanding beauty capable of awing and amusing the public; The physical evidence of genius architectural designs and brain work, coupled with the mysterious dynamism of natural ingenuity make them the go-to place for memorable tourism experience. We took some time to compile a list of tourist attractions in Nigeria. Enjoy!

Any visit to the city of Abeokuta would be incomplete without stopping by at the “fortress of Abeokuta”; Olumo Rock. No surprise that this rock is located in Abeokuta, as the name “Abeokuta” itself means “under the rock” as has been one of the choice tourist attractions in Nigeria. Olumo Rock has long served as a rock of offense and a fortress for the people of Egba Land, since the 19th century.  At Olumo Rock, you would be treated to attractions like natural tunnels, unusual trees, natural cantilevers, gardens on the rock, broken pathways, monuments of the belief system of the rock’s primeval settlers, e.t.c. You don’t want to miss these attractions, do you?

All roads lead to Yankari Game Reserve, in Bauchi State, North-Eastern Nigeria. Get ready to experience nature in the country’s biggest wildlife retreat. At the reserve, you will be captivated by the number of activities you can participate in. Marvel at the largest herd of elephants in the country, embark on a guided safari tour, and explore the tropical forests. At the Reserve,  you’ll find different varieties of animal species including the olive baboon, patas monkey, roan antelope, western hartebeest, living in their natural habitats.

After your day at the reserve, exploring the marvel of wildlife, head over to the Wikki Warm Spring.  Your visit to the Yankari Game Reserve is incomplete if you don’t experience the warmth of this spring.

The rock ranks high as one of the choice tourist attractions in the Country. Zuma Rock, the monolithic Inselberg with a human face, is located in Madalla, Niger State, to the North of Abuja. It was once described as the unquestionable watchman of the F.C.T. It is the sandy concealment that hangs like a haze over Zuba Town. The other mountains in and around it stay a considerable distance from it, which the Zuba people see as a form of respect being paid by the other mountains to Zuma Rock for its royal presence in the locality.

Visiting Zuma Rock between April and October, which marks the rainy season in central Nigeria where the rock is situated, would afford you the opportunity of seeing the much talked Zuma Rock Fire, as the apex of the Zuma Rock catches fire under heavy rainfall. Over time, this has remained one of the wonders of the Zuma Rock.

Agbokim Waterfalls are a series of seven cascades with a total length of 6817.73m.  It is surrounded by green vegetation which is home to thousands of birds that filter the surroundings with soft chirping. Over the years, it has been regarded as the speckle of beauty in fading nature. The magnificence of the Agbokim Waterfall is more appreciated during the rainy season. It is located at Etung Local Government Area of Cross River State in south-eastern Nigeria, on the Nigeria-Cameroon border. It is the perfect location for a picnic, family vacation, tourism, and meditation.

Aso Rock is a 400-meter rock which stands out as the most noticeable feature in the capital city of Nigeria, Abuja. The location is reputed as one of the lush tourist attractions in Nigeria, as it is a location in the Country’s seat of power. Aso Rock houses the three major seats of power of the Nigerian Federal Government namely; Presidential Villa (Aso Rock Villa), National Assembly, and the Supreme Court, albeit the Aso Rock Villa building is the only structure built in the valley of the Rock. Although tourists are still allowed to visit this place, due to the rise in the menace of terrorist attacks by Boko Haram in recent times, this access has become limited.

Agodi Gardens is a beautiful park in the city of Ibadan which has risen to become one of the top tourist attractions in the country. Also called Agodi Botanical Gardens, Agodi Gardens, Ibadan, the site is a serene environment on 150 acres of land. It is usually patronized by families during festive periods and weekends. Its peaceful and calm environment makes it a perfect destination for you to take a break from the hassle and reevaluate life values or hang out with friends and family. From the water parks to the animal enclosure or even just walking through the garden paths, Agodi Gardens is sure to make you forget about reality!

Kajuru Castle is a luxury Medieval-German style villa, built over 3 decades ago located in Kaduna State, Nigeria. The villa is designed with bedrooms modeled after dungeons and several towers with crenelated walls. The medieval theme is seen throughout the castle, it even has a portcullis (the vertically closing gate) with a crocodile pit.

The castle includes a guest tower with  4 rooms and the main building with a knights’  hall and a master suite ( also known as the “landlord’s residence”). There’s an outdoor swimming pool for cooling off on hot days and a barbeque spot right by the pool.  From the pool area and most of the castle windows, you will enjoy a fascinating view of the surrounding mountains and inselbergs. The Castle also has its own Sauna!

A magnificent five-story building coated in spotless white, standing high and proud in its environs, Nike Art Gallery tells its story from the outside. The fence of the compound is adorned with rare marbles. Its walls are covered in different artistic inscriptions and drawings. You immediately feel a deep sense of awe once you walk through its colorfully tattooed black gates. This historical abode ranks high in the list of bedazzling Lagos destinations.

From the inner courtyard of the gallery where you’ll find the stone sculptures, tie-dye workshop, and hanging craftworks, to the wide variety of art displayed inside the magnificent structure, you can rest assured that your love for Nigerian art will go through the roof.

Tarkwa Bay Beach, a sheltered beach located near the Lagos Harbour. It’s popular with swimmers and water-sports enthusiasts, also home to a welcoming resident community. You’ll love this beautiful island that far removed from the hustle and bustle of Lagos. Tarkwa Bay Beach, unlike most public beaches in Lagos, isn’t often noisy or overcrowded. This makes it a great place for some alone time with your significant other or perhaps a fun day out with your friends.

If you are looking for a quiet romantic time, you should visit Tarkwa Bay Beach on a weekday. Though Tarkwa Bay Beach is a small and lesser-visited beach, many fun seekers visit it during the weekends, public holidays, and festive season.

Obudu Mountain Resort, formerly known as Obudu Cattle Ranch, is one of the most beautiful and pleasant tourist center destinations in Nigeria. Located on the Obudu Plateau, close to the Cameroon border, in the Northeastern part of Cross Rivers State. This resort center has grown to become a major destination choice for tourists. It has an attractive landscape and calming ambiance, with clouds smiling down on its peaks and valleys. It offers visitors a good blend of warm and cold temperatures, as it has very temperate weather.

The rooms in Obudu Mountain Resort are made up of chalets, standard rooms, executive rooms, huts to presidential suites. Although this resort is open to visitors throughout the year, the period between October and February is the best time to visit, as it is the time when the sky is very bright and the air is frosty.

As you can expect, fun lovers enjoy a visit to the beach on the weekends. If you are looking for a quiet and reflective time at the beach, you should visit Eleko Beach on a weekday.  Even though more people troupe into Eleko Beach on weekends, it generally doesn’t get as crowded as the other popular public beaches in Lagos like Elegushi Beach, Bar Beach, and Alpha Beach.  Also, the huts at Eleko Beach make you people like you’re having your own private beach experience. This means, in reality, any day of a week is a good day to visit this beach.

Eleko Beach offers a peaceful retreat for privacy seekers or couples looking to enjoy a good time away from the hustle of Lagos. This public beach,  located close to La Campagne Tropicana, offers private beach features bamboo huts. It is also less rowdy than other public beaches in Lagos and considered to be cleaner. It’s definitely one of the few tourist attractions to offer such services.

Classified as one of the UNESCO world heritage sites. This sacred forest attracts a large number of tourists as it is definitely worth visiting and is reputed to rank high in the list of tourist attractions in Nigeria. Situated on the outskirts of Oshogbo, the capital of Osun state along the banks of the Osun river. Osun state is one of the states in the South-western part of Nigeria. Majorly populated by the Yorubas who are indigenes of the state. Yoruba people believe that the Osun Sacred Grove, which spans about 75 hectares of land, is home to Osun– the goddess of fertility. A festival that celebrates this fertility goddess takes place every year in Oshogbo. You will find scattered about the forest, shrines, and effigies of different deities. In addition to that, the forest contains about 400 different species of plants that are used for medicinal purposes.

You can’t mention the names of tourist attractions in Nigeria without mentioning the New Afrika Shrine. Are you thinking of taking your nightlife escapades to the next level? Then think Fela Shrine a.k.a The New Afrika Shrine. From the genre of music to the inspirational story-telling lyrics. Not forgetting the sacrosanct palm-wine, that will revitalize the African spirit in you.

The New Afrika Shrine, an open-air entertainment center located in Ikeja, Lagos State. It serves as the host location of the annual Felabration music festival. Currently managed by Femi Kuti and Yeni Anikulapo-Kuti. Serves as a  replacement of the old Afrika Shrine created in 1970 by Fela Kuti until it was burnt down in 1977. The New Afrika Shrine showcases photo galleries of Fela and musical performances by Femi Kuti and Seun Kuti. For wholesome tourism in Nigeria, visit the Fela Shrine.

The city itself exudes tourism! Although the city has long taken a modern cosmopolitan hue, relics of the city’s past as the hub for commercial activities during the trans-Saharan trade still remain. The real identity of Kano can best be felt in the old city area. The mud houses with distinct Hausa local architectural dexterity. The narrow roads meant for only men and their domestic animals are still there. However, gradually being lost as the ancient structures go modern, relics have gradually been wiped away by both man and nature. The walls also helped in monitoring the movement of people in and out of the city.

This beach resort features beautiful scenery, amazing horseback rides, Squad bikes, local drummers, and African craft. The Oniru Beach Resort is one of the sites in Nigeria that is patronized by locals and foreigners. It is located at the end of Ligali Ayorinde Street, Victoria Island. 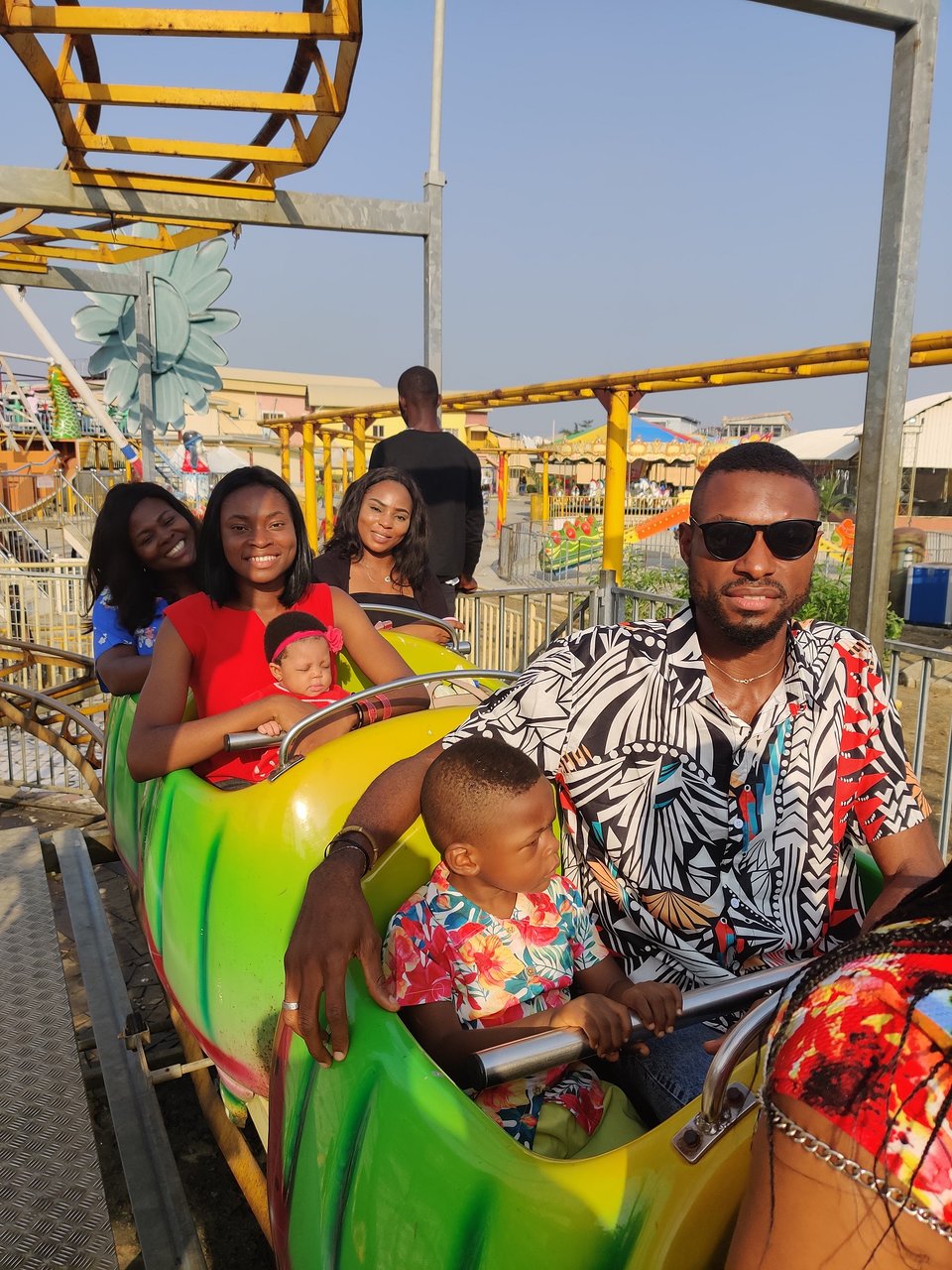 Established in 2018, Dream World Africana has been the perfect spot for locals and foreigners who just want to relax, play games, and enjoy the beauty of nature. You can play fun games such as Red Baron, Family Coaster, Bumper Cars, 24 Seat Pirate Ship, Bouncing Castle, Carousel, and Go Kart.  If you are looking forward to having a great time with your family or friends, Dream World Africana is a place you should consider. It is located at First Right Turn After The 2nd Tollgate KM 20 Lekki-Ajah Expressway, Lekki Penninsula II, Lekki.